Clear your calendar. You need to go south. Summer is almost here. Go before it gets too hot! It is time to head to the Hill Country. It’s beautiful and green. The Rio Frio is flowing. The wildflowers are blooming. Just think about losing yourself in the Texas Hill Country.

At a friend’s gentle prodding that I needed this trip, I packed my clothes, a sun hat, comfortable shoes, my camera and my travel watercolor set. All the essentials, right?

Let me just say that if you have never been to the Texas Hill Country and driven those beautiful winding roads, it is very easy to get lost!

Be sure you pack an old school, fold up and stick in the glove compartment map. Or have a GPS that does not require a cell tower.

I think I forgot to mention that I did NOT pack an old-fashioned paper MAP!!! After I left Sweetwater, there was basically no cell phone service, which also meant the GPS on my phone did not work. Before I left home I did look at a map online and I wrote down ALMOST all of the instructions. My destination was Uvalde but I ended up on I-10 in Kerrville. 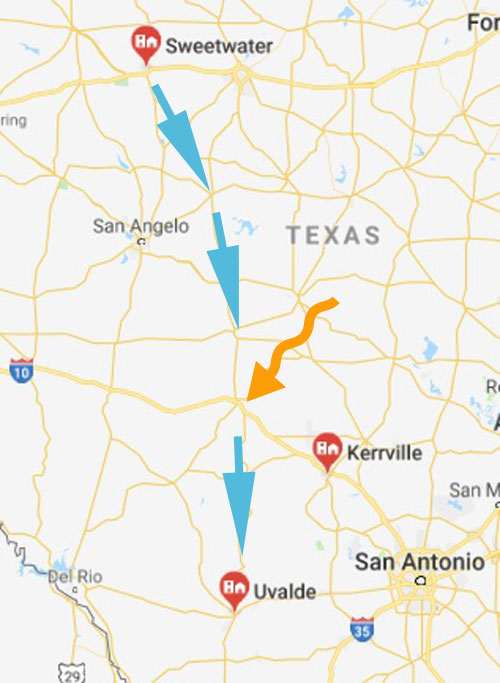 Highway 83 was the road from Winters to Uvalde. See that little section at the tip of the orange arrow? Just in case you need to know this, Highway 83 merges onto I-10 for just a few miles. But there is no sign that says Uvalde next exit. Or if there is a sign, I missed it.  I knew I was lost but there were no truck stops, no service stations, nothing!

I want to tell you that there is a difference in being lost in the Hill Country and losing yourself in the Texas Hill Country!

To “lose yourself” can mean to become so focused when doing something that your sense of self and sense of time passing are temporarily non-existent.

The first exit that I saw that had “places” – restaurants, bathrooms, MAPS was such a welcome sight. And I finally had a signal. So, I stopped and called my friend, Temi, in Uvalde to let her know that I would be arriving be a little bit later than planned. She suggested that since I was in Kerrville that I should take the scenic tour through Ingram and Hunt. The road winds along the Guadalupe River.

Across the road from the convenience store where I had stopped was the Kerrville Visitor Center. My thought was, “before I get lost again, I bet they have a map. A real map!” The elderly gentleman at the desk was super helpful. He carefully explained where I was and where I was headed. He marked my real paper map with a highlighter. I needed that.

Take the time to drive Texas Highway 39. It is breathtaking. 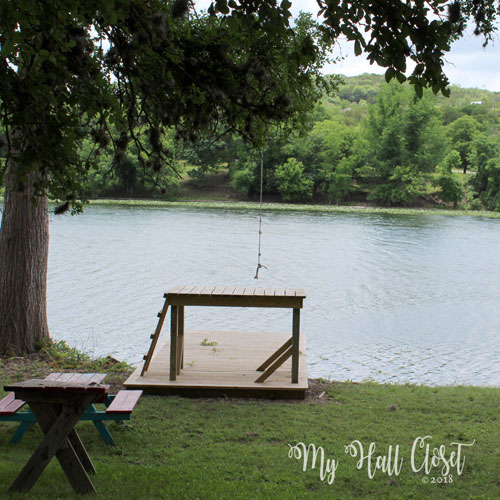 Get off the beaten path.

As I left Ingram, I saw this peaceful dock and I just had to pull over and say “Thank you, Lord, for such a beautiful place to be lost.”

Then I crossed a bridge. 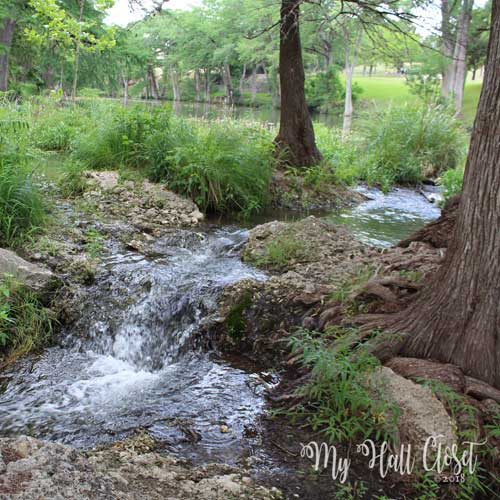 And I had to stop again. 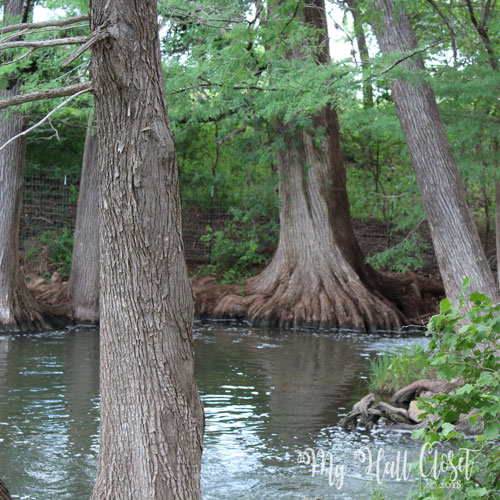 Then one more time. 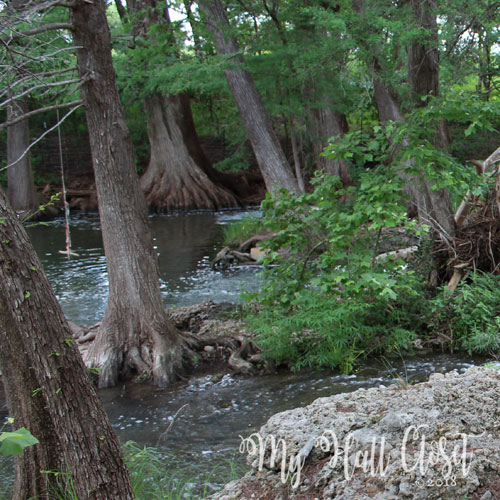 And again. Okay, I felt like I needed to hurry but really I didn’t. I was losing myself. Temi had told me to take my time and enjoy the drive. I was late but I wasn’t. 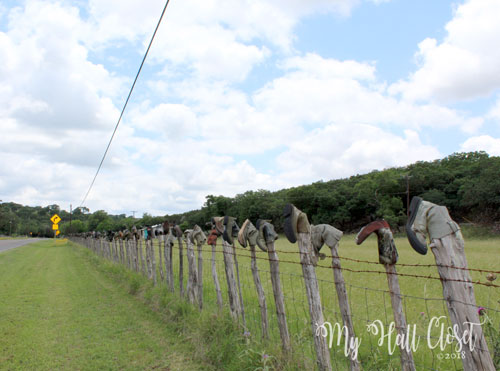 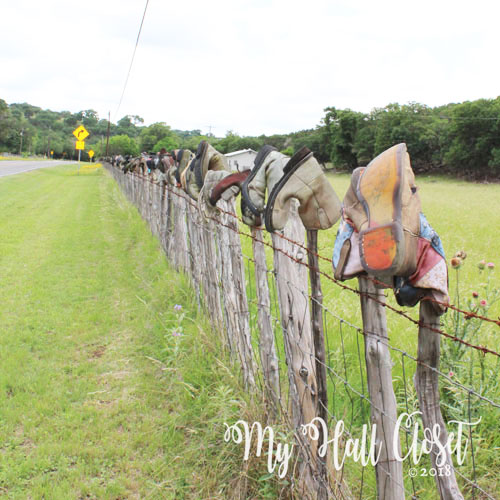 Just 6 miles outside of Hunt, Texas you will see an 1/8 of a mile of a barbed wire fence with boots on each post. 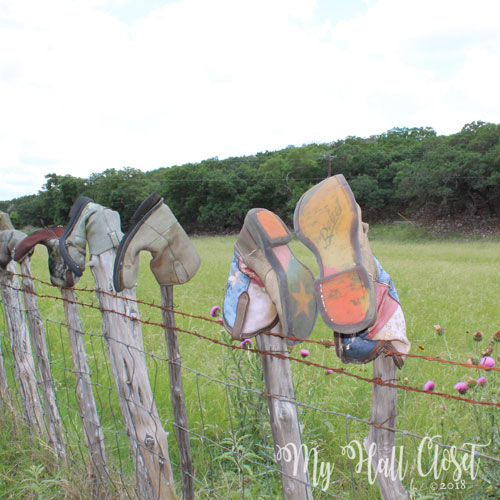 The boot topped fence posts are on both sides of the road. The purple wildflowers are Starthistles and they were everywhere.

Hubby and I took many road trips together but since he passed away my trips have been to familiar territory and the longer ROAD TRIPS have been with friends. This was my first long solo trip. I have to admit I was a bit anxious about missing my exit. The panic that I had felt when I knew I was lost was slowly melting into peace. It is easy to lose yourself in the beauty of the Hill Country. 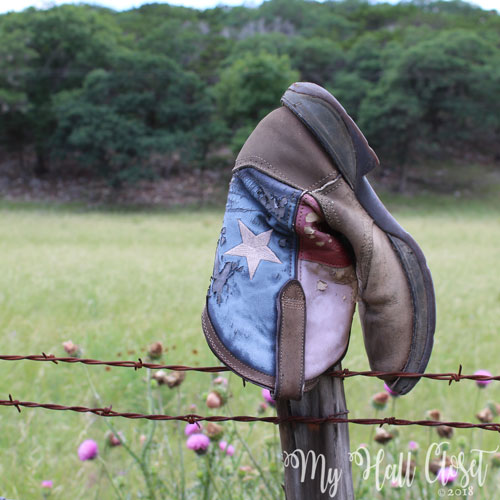 Slow down and take your time as you drive through the Texas Hill Country. 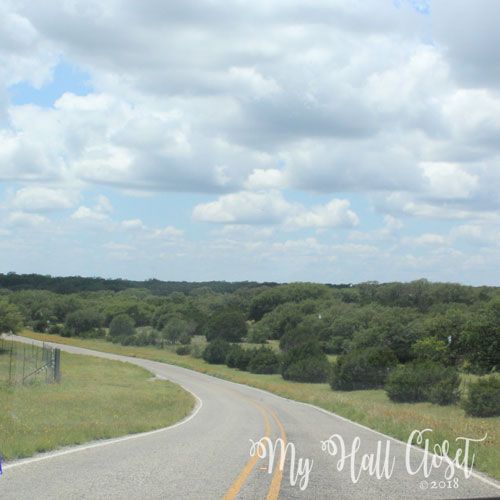 The winding roads lend themselves to slowing you down. You could go faster but why would you? Why should you? 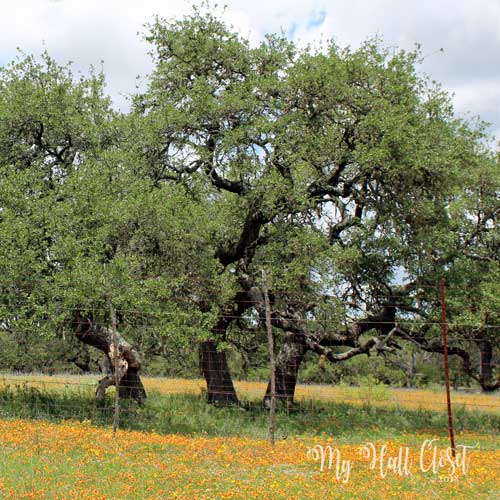 You don’t want to miss what might be just around to next curve.

Looking for oncoming traffic, I was very careful when I would pull to the shoulder to capture the sights. It wasn’t the weekend. It was the first of the week and summer vacations had not started yet so the traffic was extremely light.

I do plan to go back when the bluebonnets are blooming. 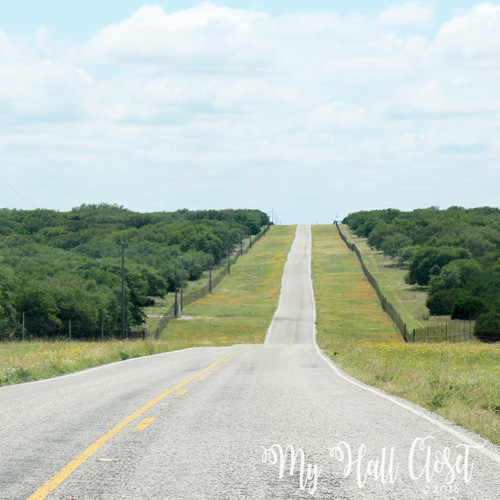 At one point, I was thinking that this road is really much like a roller coaster with its ups and downs and sharp curves. That made me enjoy the drive even more.

My photos simply do not do the views justice. 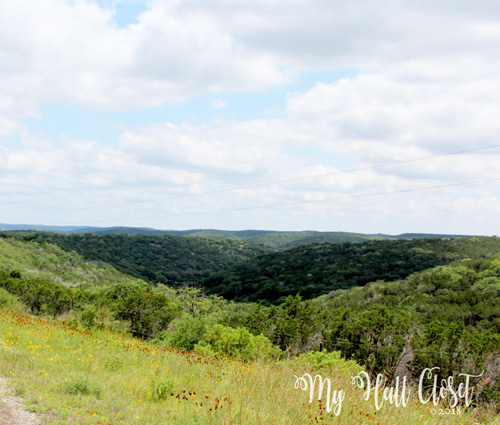 Set your heart on just losing yourself in the Texas Hill Country.

Forget about the deadlines, let the cares roll off,  turn loose of the stress (if you can). 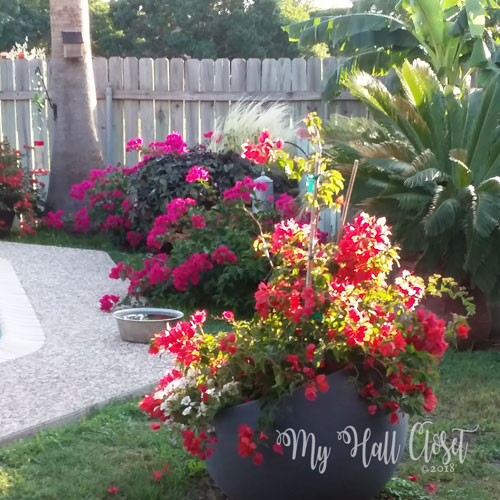 When I arrived at Temi and Jerry’s house, I greeted her with, “This was like Gilligan’s Island.” What was supposed to take 5 hours took 8 hours. 8 wonderful, beautiful, breathtaking hours. And a funny side note – several years ago, Temi and I attended a women’s retreat and the team had matching t-shirts. 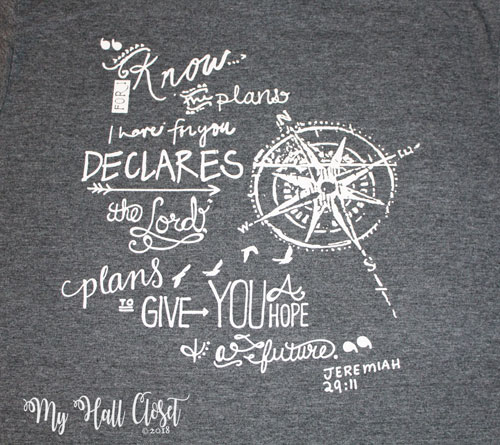 The grey t-shirts had Jeremiah 29:11 and a lopsided compass imprinted on it. That was the t-shirt that I decided to wear for my road trip. Boy, was I surprised when Temi came down the sidewalk to welcome me and she was wearing her Jeremiah 29:11 t-shirt, too. 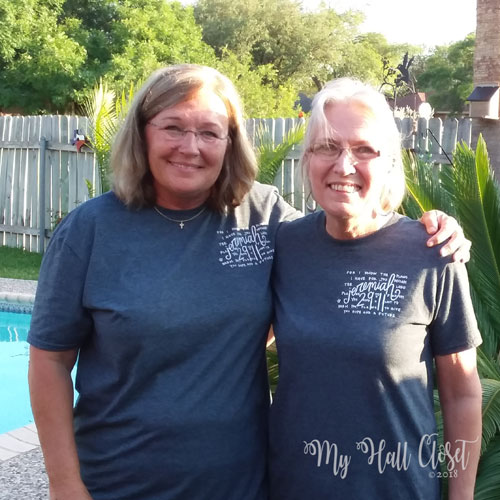 When I texted Melissa back in West Texas and told her about being lost she responded with “You were never lost – just a bit off radar.” So true. The lopsided compass seems even more significant now.

Temi is an amazing photographer so I brought my camera along for some lessons.

This is Part One of my Texas Hill Country road trip adventure.

Be sure and come back and see the photos we took of birds, butterflies, dragonflies, and wildflowers.

“For I know the plans I have for you,” declares the Lord, “plans to prosper you and not to harm you, plans to give you hope and a future.” Jeremiah 29:11

That scripture is one of the most quoted scriptures around but please don’t forget about Jeremiah 29:12-14 “Then you will call on me and come and pray to me, and I will listen to you. 13 You will seek me and find me when you seek me with all your heart. 14 I will be found by you,” declares the Lord, “and will bring you back…”

So when you are lost or feeling like you have lost your way, seek Him and He will find you and He will bring you back. He is faithful.

When He brings you back – lose yourself in His Word, His love, and His presence.

To “lose oneself” can mean to become so focused when doing something that one’s sense of self and one’s sense of time passing are temporarily non-existent.