Shadow or darkness? First off, darkness and shadow are not the same! Darkness is the absence of light-Carlsbad Caverns. Darkness does not force the light out but just the opposite. Light dispels or forces the darkness out.

Shadows only exist where there are LIGHT and SUBSTANCE. Invisible doesn’t make a shadow. 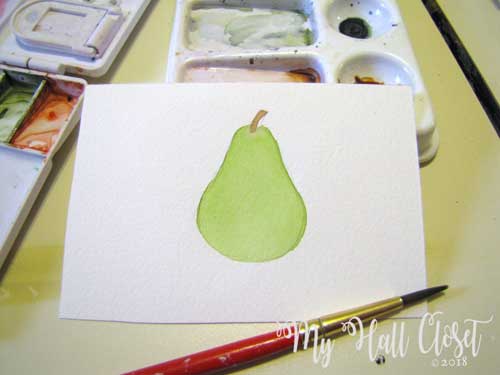 A simple wash of green

I painted this sweet little pear (in 2012). It starts with a nice shape but it is flat as a pancake.

“The earth was void and without form, and darkness was over the surface of the deep…” Genesis. 1:2 (no presence of light) 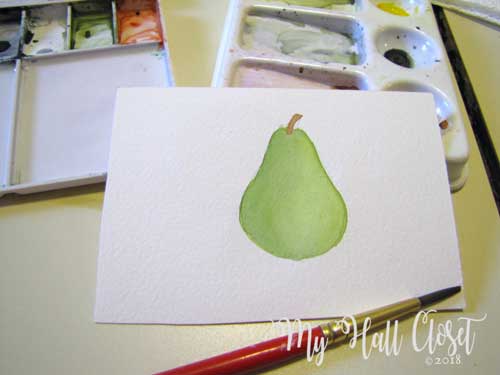 Determine light source. On this one, the light is coming from the right so the shadow is on the left.

I added a soft little shadow on the left side of the pear. As an artist, determining the light source or direction is important to know where the shadow will fall.

“…and the Spirit of God hovered (overshadowing) over the waters.” Genesis 1:2 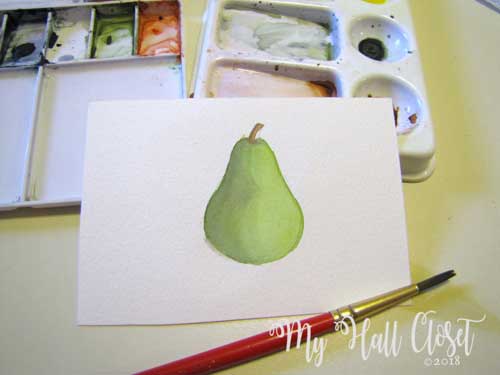 When the paint is dry, more shadow is added.

To increase the feeling of shape, I used purple (not black) for my shadow. Purple is a royal color.

“By day the LORD went ahead of them in a pillar of cloud to guide them on their way.” Exodus 13:21

He made a shade or shadow for them in the heat of the desert. 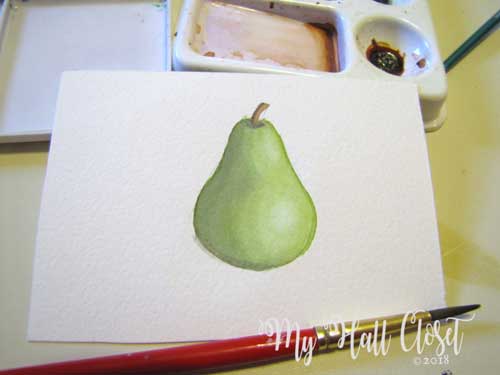 Lift a few light areas on the right side of the pear.

Shadow and light go together!!! You can’t have one without the other!

Just a little note. In Genesis 1:3 “God said ‘Let there be light’ and there was light”. Then in verse 16 “And God made two great lights; the greater light to rule the day, and the lesser light to rule the night: he made the stars also.  17And God set them in the firmament of the heaven to give light upon the earth,  18And to rule over the day and over the night, and to divide the light from the darkness: and God saw that it was good.  19And the evening and the morning were the fourth day.”

He is the light!

I lifted a couple of light areas on the right side or light side of the pear. But, notice in the picture above, the pear is floating. What is needed to anchor it? 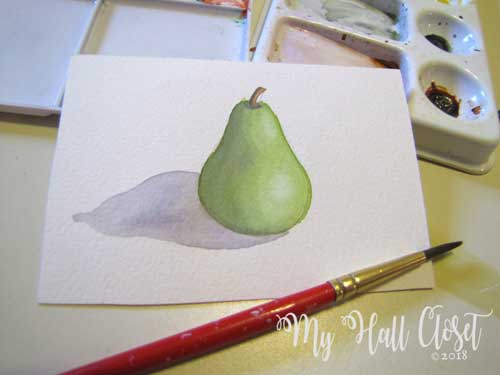 To anchor the pear, add a cast shadow. 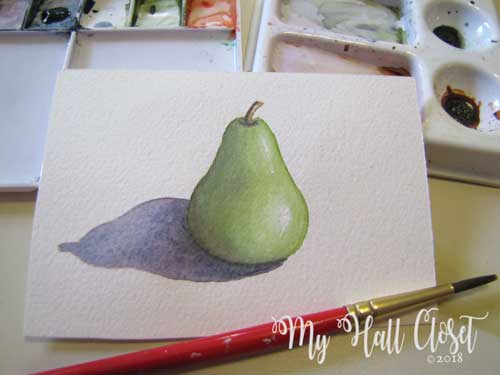 To finish the painting, a stronger shadow is added at the base of the pear. And a bit more light is lifted on the right side of the pear.

The last step – stronger shadows closer to the pear and brighter light on the light side.

I have also thought about my children while contemplating “shadow”. When they were little, all 3 of my sons were
like my shadows. They were close and right by my feet. They wanted to see what I was doing, help with what I was doing, or maybe they just wanted to be where I was. I want to be that way with my Heavenly Father.

I want to LIVE in HIS SHADOW!

My friend and fellow blogger, Renee has a great post about Psalm 91. If you have a minute, check out “If Then”.

Also, my friend Melissa is teaching a study on Psalm 91 called “The Covering”. She is an amazing, anointed teacher. I bet this study will also become a book.

Speaking of books, I am making a COLORING BOOK – one page a week to go along with the study. Click on the link or the image below to find out how to get your free pages for your coloring book. 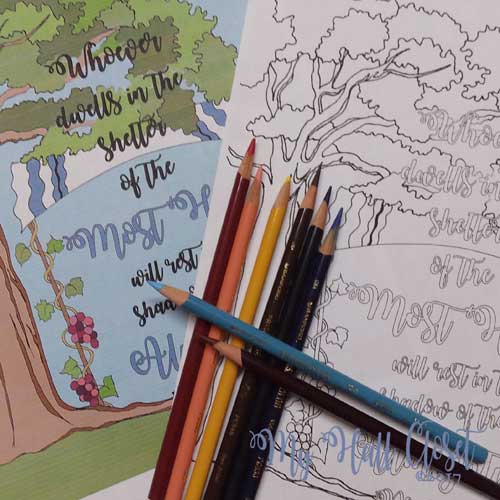 I am so glad that you stopped by.