Rust Dyeing Silk Scarves – Rusty Trash or Rusty Treasures? It’s all a matter of perspective. On man’s trash is another woman’s treasure. Where do you go to find rusty stuff for rust dyeing? A trip to Fredericksburg Trade Days turned out to be a bonanza of rust! 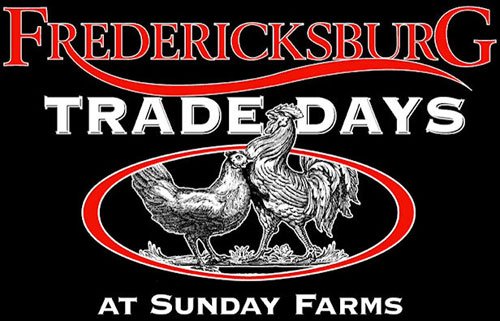 The mission was to power shop and then get out of the heat. There were a couple of things on my list: a particular style of salt and pepper shakers, a few items for my bedroom wall, and some rusty screws for rust dyeing some silk scarves. 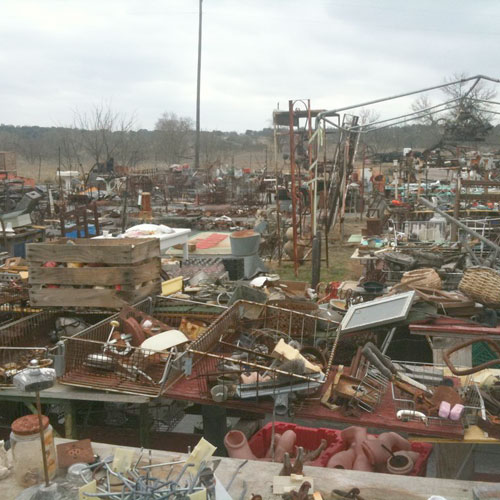 I  rushed through some of the buildings and then I found it! Probably 3,000 square feet of rusty treasures.

It was so hard since I have been trying so hard to de-clutter, but I was in rust heaven if there is such a place. There was row after row and table after table of springs and gadgets and washers and screws.

My hands were full and I found the treasures for my bedroom wall. I will show you those later.

As soon as we got back home I gathered my supplies and got started. This was my first attempt at rust dyeing silk scarves. To see the “Nuts about Rust” scarf process click HERE.

First I washed my silk scarves in syntrapol and then air dried them. Then I poured white vinegar into a bowl and saturated the silk and then squeezed out the excess. 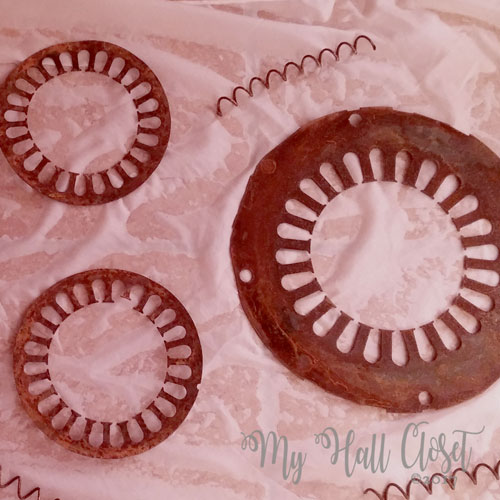 Digging through my rusty treasures and found my favorite pieces and laid them out on the wet silk. In this trial and error experiment, I folded the wet silk over and over the rusty stuff. 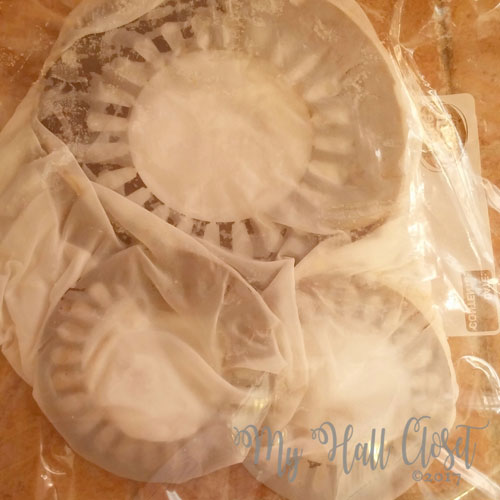 Next, I put them in a ziplock bag and sealed the bag. It needs heat to get the process going, so I put the bag of silk and rust in the garage. It gets really, really hot in my garage!!!

After 12 hours I could see that the effect was deep and rich. Just look at that!!! Wearing a pair of latex kitchen gloves, I removed the scarf from the sack and then removed the rust pieces from the silk. 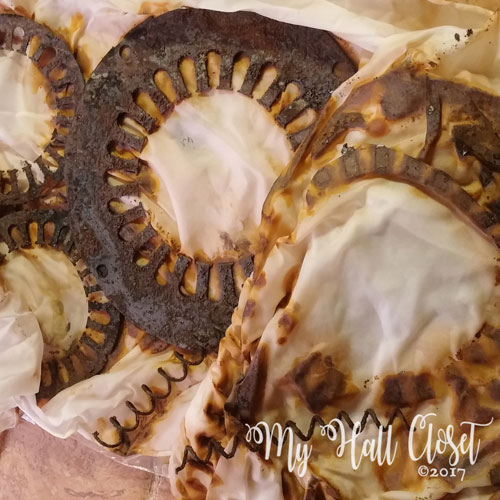 I have to admit, it was pretty exciting! 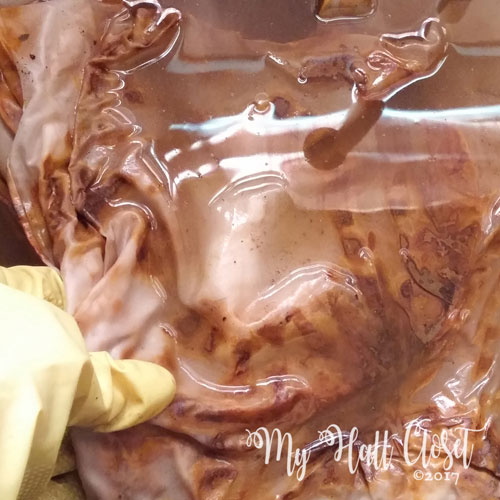 When rust dyeing silk scarves it is vital to stop the oxidation process. To do that, I rinsed the silk in warm water and salt. (1 gallon of water and 1/8 cup salt) 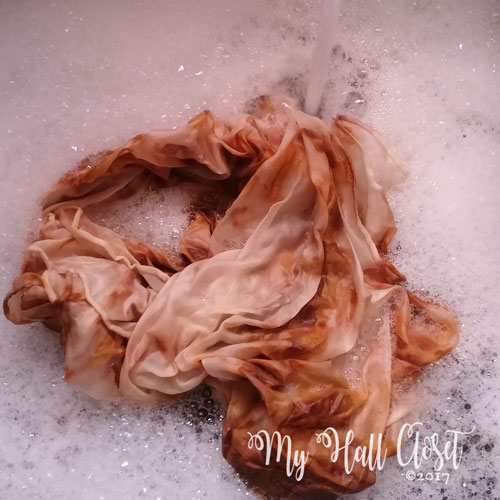 Almost done! I washed the scarf in Syntrapol (you can use Dawn dishwashing liquid) and rinsed until the water ran clear. Then, I ironed the scarf using the silk setting. 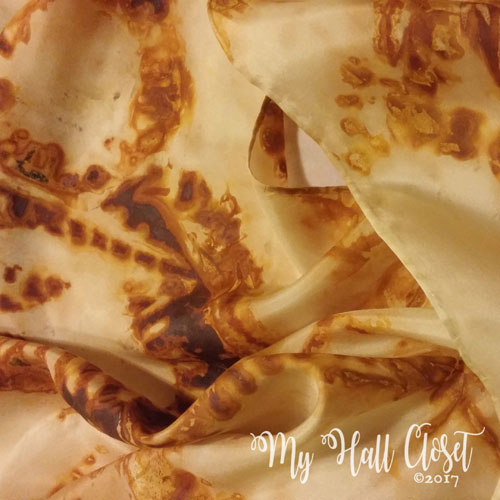 The one above was rusted with the gear and spring shapes. The one below was soaked in vinegar and wrapped around a rusty stove flange. I love its pattern. 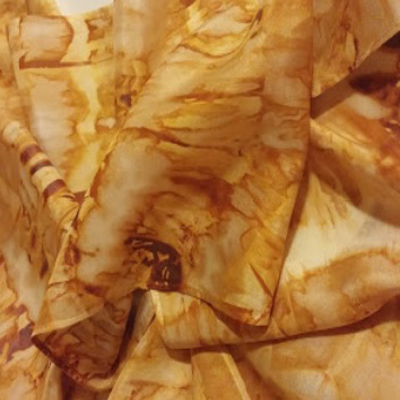